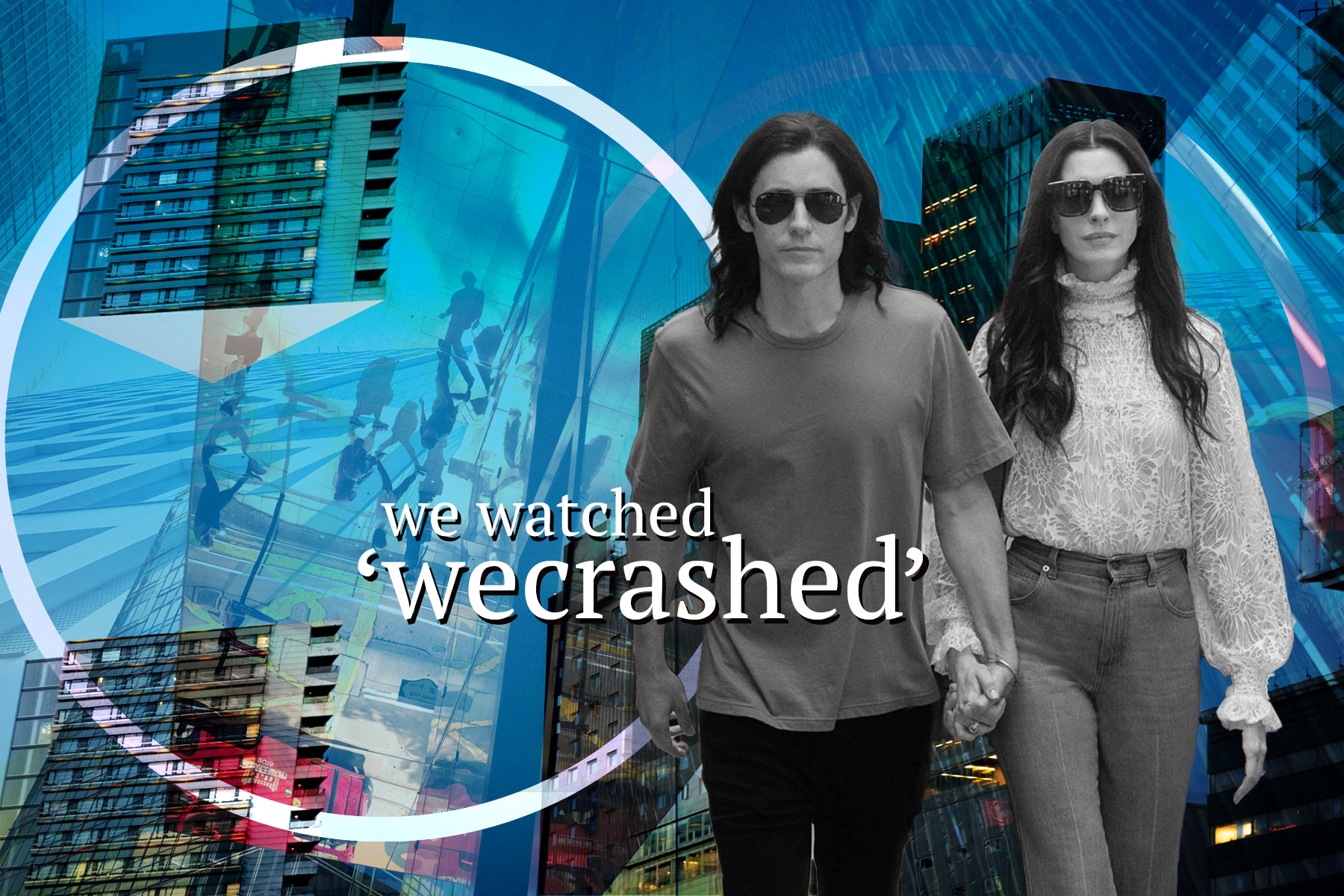 WeWork’s Adam Neumann, as portrayed by Jared Leto in the new Apple+ limited series “WeCrashed,” sprays the contents of a fire extinguisher around his largest investor, Softbank Chairman and CEO Masayoshi Son, on the rooftop of a Mexico City skyscraper.

The incident in the sixth episode comes shortly after the opening of a WeWork shared office site in the company’s 100th city, with Son finally telling Neumann that he was “crazy.” Neumann then unveils to Son a plan he’s formulated after nearly getting pushed out of his leadership position by increasingly skeptical investors, according to the dramatization. But stop reading now if you haven’t seen the newest installment.

The episode is called “Fortitude,” which is how Son describes Neumann’s courage in the face of adversity. In the dramatization, Neumann pitches Softbank on expanding its $4.4 billion investment to buy out WeWork’s other investors, including WeWork’s first backer, Benchmark Capital, in a proposed $20 billion deal that puts the value of WeWork at $47 billion. The deal, as Neumann pitches it to Son, has sticking points such as the co-founder retaining corporate control and preventing Softbank from investing in a WeWork rival. Son ultimately walks away from quadrupling Softbank’s stake in WeWork.

That leaves Neumann in this dramatization to deal with questions from other investors, such as why he had WeWork sign office leases in buildings he personally owned, why he told his real estate team to double the lease terms or up the lease rate to rapidly boost its footprint, or why he trademarked the word “We,” which he then let the company use for $5.9 million.

In watching Neumann’s wheeling and dealing, my real state broker watch pals, Thirty-Four Commercial’s Sarah Hinkley Kennington and Ruth Griggs, could only shake their heads, saying that this isn’t how office leases are done.

“It’s not uncommon for an investor and firm to own its real estate and then lease it, but to not have it disclosed properly is a bigger problem,” said Kennington, founder and partner of Dallas-based Thirty-Four Commercial.

Griggs, a senior vice president at the real estate services firm, added that “they were also negotiating at above-market deals, adding to it becoming a potential problem.”

Both Kennington and Griggs remember a time before WeWork had entered the Dallas market, when landlords chased after them hoping to bring what they considered to be a new concept to their doors. The two, who represent landlords in leasing office buildings, would go to New York City to visit WeWork locations and come back to Dallas in hopes of bringing the first WeWork to the city. WeWork finally opened its first location in Dallas in early 2017, at an office tower at 1920 McKinney Ave. in Uptown.

Kennington, who is leading the lease up of Uptown’s newest office tower, The Link at Uptown, said she had to turn away a “big scale” coworking provider at the beginning of the leasing process to initially make way for more creditworthy tenants before signing coworking tenants. The 25-story office tower is roughly 50% leased, with additional leases in the works, she said.

Kennington and her team must make sure those holding the equity behind a newly constructed office building are happy with the risk they are taking with each office tenant. Often that means new space goes to long-term creditworthy tenants such as law firms, real estate firms, and financial services firms. Coworking might come later, she said.

“Landlords are constantly assessing risk with rents so thin the breakeven point for a landlord is only after a few years,” Kennington told CoStar News.

For WeWork, the investment was always plenty of tenant improvement dollars — even if they signed at above market terms. In the “WeCrashed” episode, those favorable lease terms helped build a portfolio of 8.9 million square feet of leased office space in New York City, making WeWork the Big Apple’s largest landlord at the time. Kennington and Griggs said the statistic was “shocking,” but it likely didn’t warrant a party — or the subsequent hangover that led to Neumann being in tears at the end of the episode with a wife, played by Anne Hathaway, who couldn’t bring herself to comfort him.

Kennington and Griggs, both mothers as well as real estate executives, said they had never really heard about Neumann’s wife Rebekah’s pet project, “WeGrow,” which took root and became a school despite at least one investor in the episode telling Neumann there’s no money in running a school. Here are two lessons from this week’s episode: