Next Up for Tesla’s Elon Musk: Robots and Self-Driving Cars 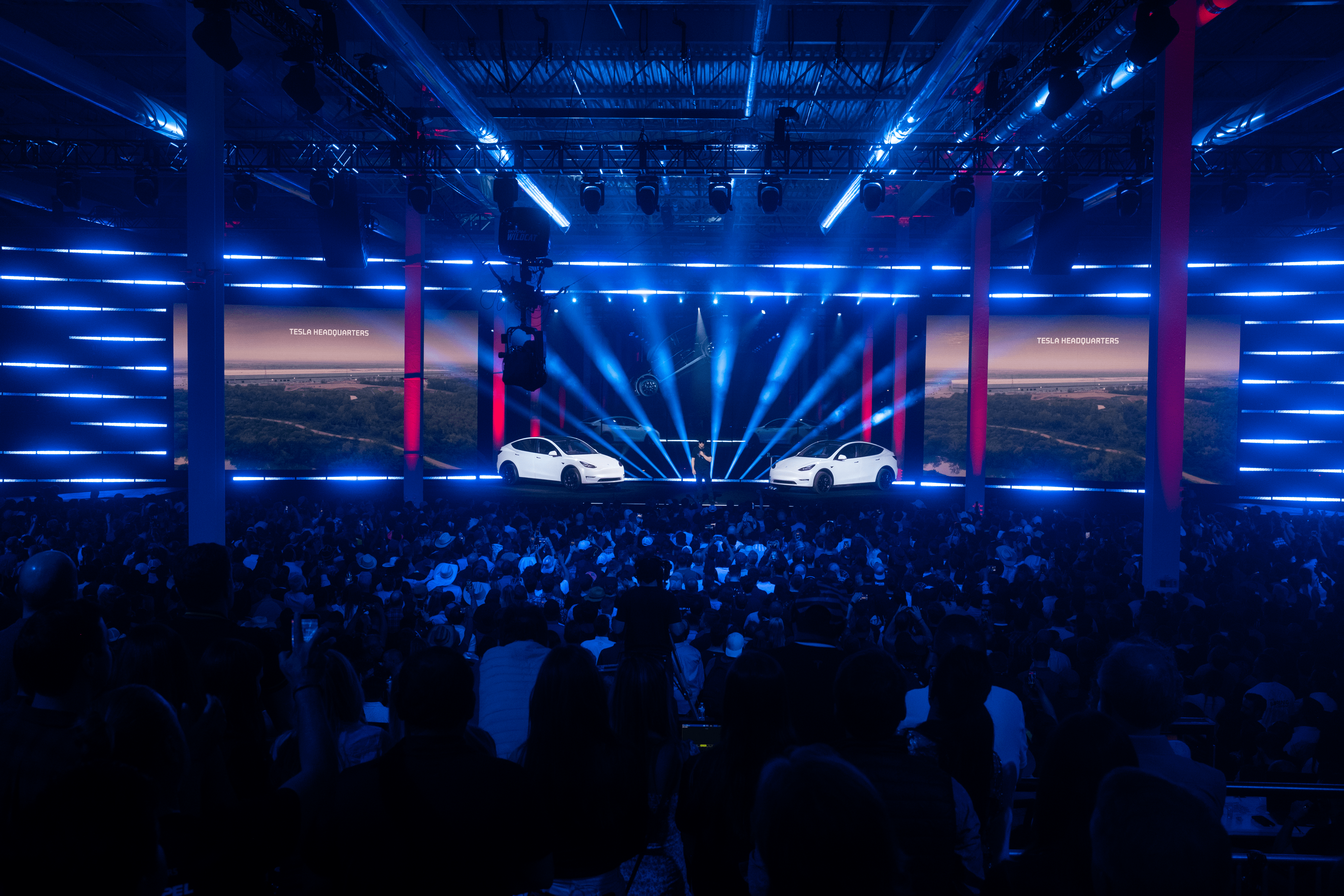 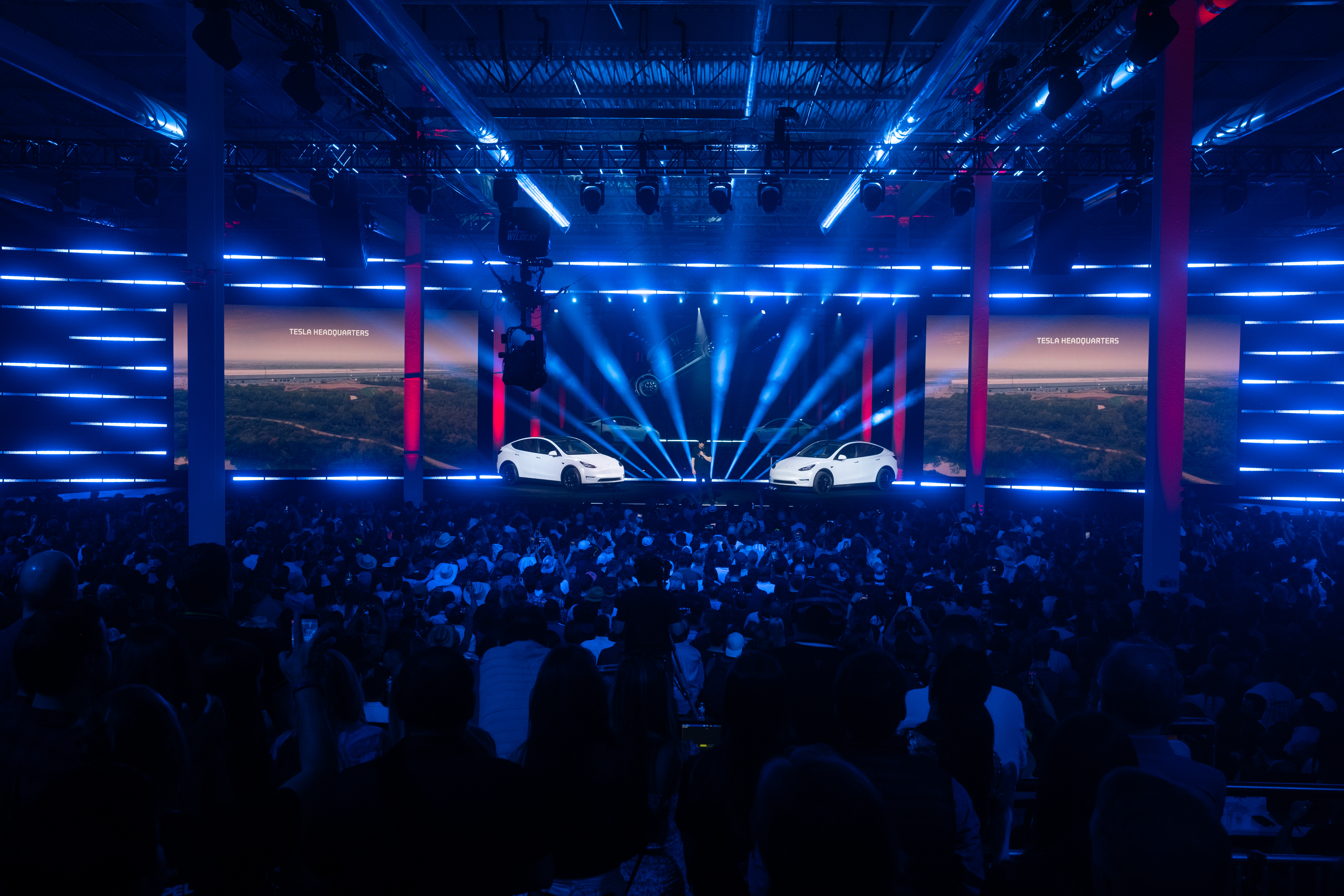 Tesla CEO Elon Musk spoke about the future at a grand opening party at the company’s new factory in Austin, Texas, on April 7. (Tesla)

Elon Musk, Tesla’s CEO and the world’s richest person, has just opened his new factory to make vehicles fueled by electricity in Austin, Texas, and is already talking about what’s next: new products including a Tesla robot as well as self-driving cars and taxis.

The autonomous vehicles and a humanoid robot called Optimus that can do mundane tasks are all essential elements of sustainable energy goals like the cars built at the new factory, according to Musk. He added that Tesla plans to expand its full self-driving software to North American customers this year.

Cars without drivers will “transform society,” Musk said at a grand opening party showcasing the factory. “The car will be able to take you anywhere you want, ultimately 10 times safer than if you were driving it yourself. It’s going to completely revolutionize the world. This is one of those things that comes along very rarely.”

As for robots: “Anything humans don’t want to do, Optimus would do it. It’s going to be an age of abundance,” he said.

Musk, sporting a black cowboy hat, spoke about his goals for about 30 minutes Thursday night at the event Tesla dubbed a “Cyber Rodeo” that featured the first deliveries of Tesla electric vehicles manufactured in Texas.

He also discussed another important part of Tesla’s goals for sustainability: building factories close to a critical mass of Tesla customers because, he said, making cars without having to ship them overseas benefits the environment.

Tesla started building the Austin factory in 2020 after choosing the Texas capital over Tulsa, Oklahoma, as the location for its next major U.S. automotive factory. The company bought about 2,500 acres in East Austin, about five minutes from the Austin-Bergstrom International Airport and about 15 minutes from downtown Austin, for the factory and for what turned out to be its new headquarters. Musk announced Tesla’s headquarters relocation from Palo Alto, California, to Austin in 2021.

“California is great and we’re continuing to grow in California, but we ran out of room,” Musk said at the event. “We need a place where we could be really big, and there’s no place like Texas.”

Tesla received millions of dollars in tax incentives from local government entities to locate its factory in Austin. Musk, who topped Forbes’ 2022 list of the world’s richest people with a net worth $219 billion, well ahead of Amazon’s Jeff Bezos, who was second on the list at $171 billion, also personally relocated from California to Texas during the pandemic.

The Austin factory is 15 city blocks long and if it was vertical, it would stand 3,826 feet tall, taller than the Burj Khalifa, the world’s tallest building in Dubai, United Arab Emirates, that is 2,722 feet tall, Musk said. The Austin factory has 10 million square feet of floor space and is Tesla’s first factory where all critical parts of the manufacturing process are under one roof, including making the battery packs.

The Austin factory is “the machine that builds the machine,” Musk said. “This is the largest factory in the world, by volume. The factory is the product.”

Musk said the Texas factory would eventually be the highest-producing vehicle factory in the United States. Tesla has delivered 1 million cars worldwide over the past 12 months, representing about 1% of total car deliveries, but Musk said he hopes to expand the auto manufacturer to deliver about 20% of total vehicles.

While electric vehicles currently make up a small percentage of both the number of cars on the road and overall car sales, their popularity is forecast to increase, especially considering the $5 billion of federal investment intended for charging-station infrastructure and ongoing concerns over gas prices. President Biden issued a goal to have at least 50% of new vehicle production be electric by 2030.

Tesla is planning to make 500,000 of its Model Y vehicles a year at the Austin factory, Musk told the crowd. The company is also hoping to start production of the Cybertruck in Texas next year. The Cybertruck, Tesla’s first battery-powered, all-electric truck, was first announced in 2019 but production has been delayed several times. A prototype of the Cybertruck was on stage Thursday night, with the latest version not having door handles.

A lot will happen at the Texas factory between now and the end of 2023, Musk said, with a massive wave of new products coming out. Those products include the Cybertruck, the Roadster and the Semi, all of which would begin production in 2023. Semi is a heavy-duty, all-battery powered semi-truck. Tesla announced the commercial vehicle concept in 2017. The Roadster, meanwhile, is Tesla’s all-electric sports car.

The Austin factory is Tesla’s sixth factory. Previously, Tesla made most of its vehicles at its plant in Fremont, California. Other factories are in Sparks, Nevada; Buffalo, New York; Berlin, Germany; and Shanghai, China.

The Austin factory, which has more than 70,000 solar panels on the roof to help power the plant, is expected to make a new battery line that will be the industry’s first structural battery pack produced on-site for vehicles built there, according to a presentation.

“We think, over time, this will probably be the biggest [battery] cell factory in the world,” Musk said.